HomeNewsEconomicsTrump Demonetization and Modi
No Comments 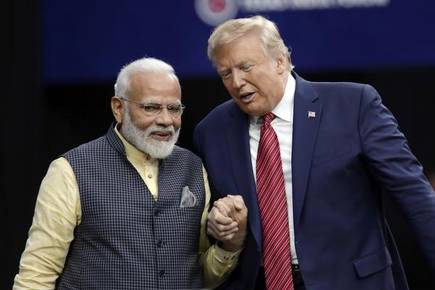 During November 2016, I was preparing for private placement of the shares of my company. I was seriously occupied in completing the process of due diligence. My broker, Brokers lawyers and my lawyers all were working towards meeting the deadlines. We all were burning midnight oil due to different time zone as the 3 countries were involved viz, UK, Singapore and India. There were disconnect between the three geography and there was very limited time window as Singapore is 8 hours ahead than UK. While UK was welcoming the early sunny morning, Singapore was getting ready to hit the pub!

To manage these project the deadlines are very strict, as the times of management, advisers and the investors has to be blocked well in advance. It entails series of meetings with investors, regulatory clearance and compliance, review and re-review of presentation,scheduling and rescheduling meetings and travel plans. Most importantly the brand image of the company.

I was all ready to complete the assignments and we were ready to fly from Delhi to London and the verdict of USA presidency was announced. Mr. Trump was the President Elect of The Unites States of America. All went Bingo!!. Unexpected results galloped uncertainty and it crashed the human ability to perceived judgment and the global economy decided to wait and watch. No action no decision. We were advised by our broker to postpone and we decided to postpone. Investors got confused what to do and what to avoid. Should they take the decision on gut feel or be cautious and hold the decision.

Similarly, The outstanding statesman, visionary and courageous Prime Minister of the largest democracy of holy earth decided to wage a war on corruption. In his own judgment, ( I do not know the process of decision making) he decided that by removing the currency of 500 and 1000 he can kill menace and gain from his decision. One of the largest economy of the word was taken by surprise and decided to be in “Q” the next day. Speculation started, and subjectivity started ruling objectivity. The intelligent economic mind started giving conflicting opinions, the mind was conditioned with fear of uncertainty and everything came to stand still. Govt machinery and the banking channels tried their level best to minimize inconvenience to the fellow citizens and reduce “Q” to the best of their ability, economy did not move.

I am not bringing the issue of Brexit as that has devalued the one’s most powerful currency by 20% if not more.

The point that I am trying to make here is look at the perception value of the action or outcome of the action. While in terms demonetization one may argue that economy was challenged, difficulty was imposed but in case of Trump and Brexit it was only perceived value.

The Indian sub continent economic acceleration is slowing down, the growth statistics are being moderated and the world is watching the outcome. These 3 mega outcome almost simultaneous, telling us that we need to develop the capability of dealing with unexpected. The Board room War of Tata Sons kept us all engaged and curious, as probably we were not expecting this from such a prestigious organisation. There were claims and counter claims.

Surprisingly we all deal with this. With 90% accuracy we all can predict what will be the likely outcome. The best and the most experienced mind also takes time to have a conclusive judgement about the outcome or the timing of the outcome.

The world of 21 century needs much more such surprising events. We need to prepare ourselves. What will happen if the people from other planet start invading us!! We do not know if they have more powerful weapons than the weapon that we have! We need to continuously challenge the status quo. I thank Mr. Modi for challenging the status quo. He may not have achieved the computed or perceived goals, but he prepared the country to face and recover from any challenges. All outcomes of our actions may not move as per our thoughts, but at least action will rule inaction.

Similarly to my mind the arrival of Trump is exaggerated. As a President of America, he definitely need to protect the interest of his electoral before the interest of people of any other country, but I am sure in no way he would be able to compromise the cost/efficiency arbitrage. He will have to pilot both the interest of his people as well as interest of the economy. I have no reason to believe or fear that USD 150 billion of IT industry of India will suffer by real action. I would not be able to comment what can happen through mental perception based on subjectivity.

Contact us at the Consulting WP office nearest to you or submit a business inquiry online.